After about two weeks of traveling the planets have finally aligned, and I find myself with both the time to write AND access to a half-decent computer with an internet connection. Woo-hoo!

I’m currently in Saigon (Ho Chi Minh City), Vietnam, enjoying a much-needed respite from the heat and humidity outside (I’m SO glad I got a keratin treatment done for my hair before I hopped on that plane…best decision ever). Today marks the halfway point in my South East Asia trip. So far I’ve been to Tokyo, Japan; Bangkok, Thailand; Siem Reap, Cambodia; and Phnom Penh, Cambodia. For the next two weeks I will be exploring Vietnam, hopefully from top to bottom.

Spending a month traveling was prompted by my admission to graduate school. I figured I wouldn’t have much time for it over the next few years, so I wanted to get in one last hurrah before I spent my days studying and grading papers. Thus far the adventure has been wonderful! I’ve crossed off so many things from my travel bucket list, like taking an Aikido class at the Aikido world HQ in Tokyo, riding a tuk-tuk, seeing the sun rise over Angkor Wat, and eating lots (lots) of yummy food.

I thoroughly enjoyed stopping over in Tokyo to kick-start the SEA trip. The city was a cool mix of old and new traditions, and both seemed to blend seamlessly. The first day I did what I always love doing in a new place: I took a walking tour! Our guides were Keiko and Noboru, Japanese retirees who had been volunteering as guides for five and eight years, respectively. Noboru said his wife wanted him out of the house after he retired, and he wanted to make use of his knowledge of English, “So this was perfect!” he exclaimed, smiling. 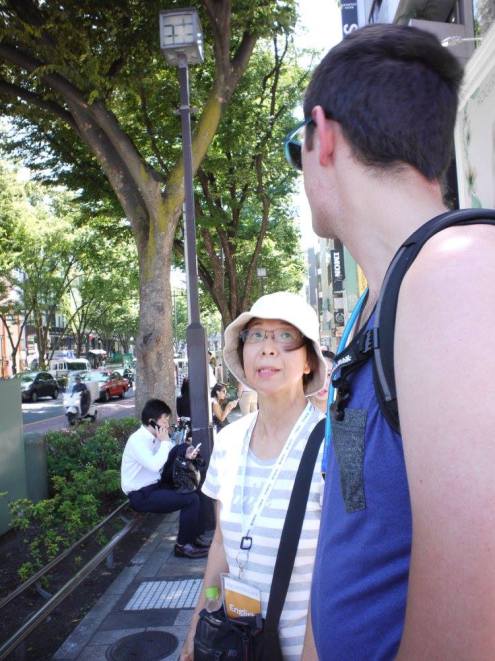 They walked us through the Harajuku area and through the Meiji Shrine, built for Emperor Meiji who ruled Japan from 1867 to 1912. The shopping district was interesting but a bit empty on a weekday morning. Visiting the shrine, however, was a wonderful experience.  As we walked through a manmade forest to get to the actual shrine, Keiko and Noboru talked about the history of the Shinto religion and its eventual fusion with Buddhism in the 6th-8th centuries. Passing through the forest, explained Noboru, was a way of purifying oneself before paying respects at the shrine, an important part of the practice. Once we reached the shrine Keiko showed us the traditional bow: two claps, one bow, and one clap.  We crossed the forest once again on our way out. It felt so good to walk in the shade of the evergreens (it was incredibly hot and humid otherwise) that I tried moving as slowly as I could to enjoy it as long as possible.

Entrance to the Meiji Shrine 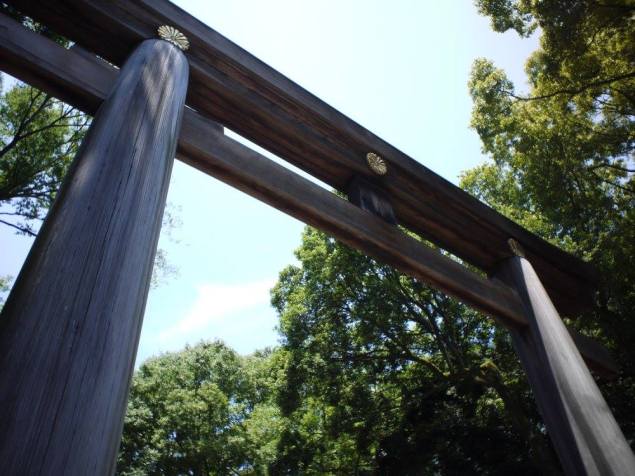 Sake casks that were donated to the shrine

During New Years the shrine gets so packed that people end up throwing coins (offerings) from farther away. The marks in this wooden pillar are from coins thrown from the back of a crowd.

Aside from the Meiji Shrine I also visited the Asakusa Shrine and Senso-ji Temple. The gated entrances (the outer gate, Kaminarimon, and the inner gate, Hozomon) were so impressive! Huge lanterns hung in the center, and would sway slightly whenever a gusty wind tore through the gates. Although it had started to rain, the  walk through the gates towards the shrine and temple was fun since there were a myriad of shopfronts on the way, and I even bought several postcards and a bookmark! 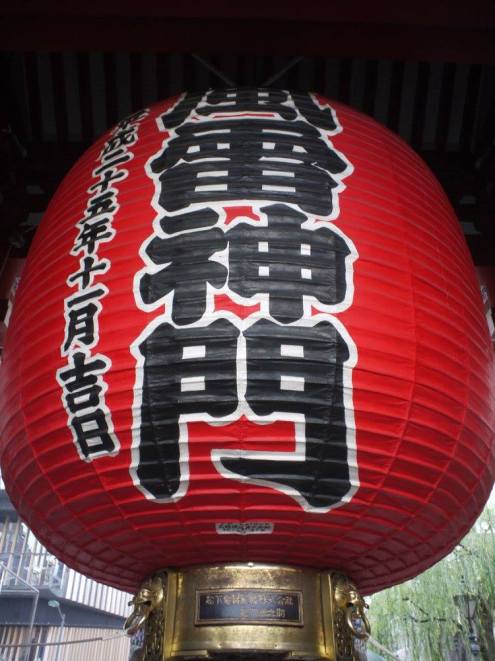 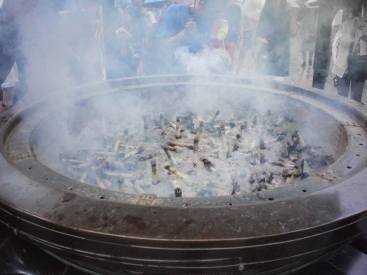 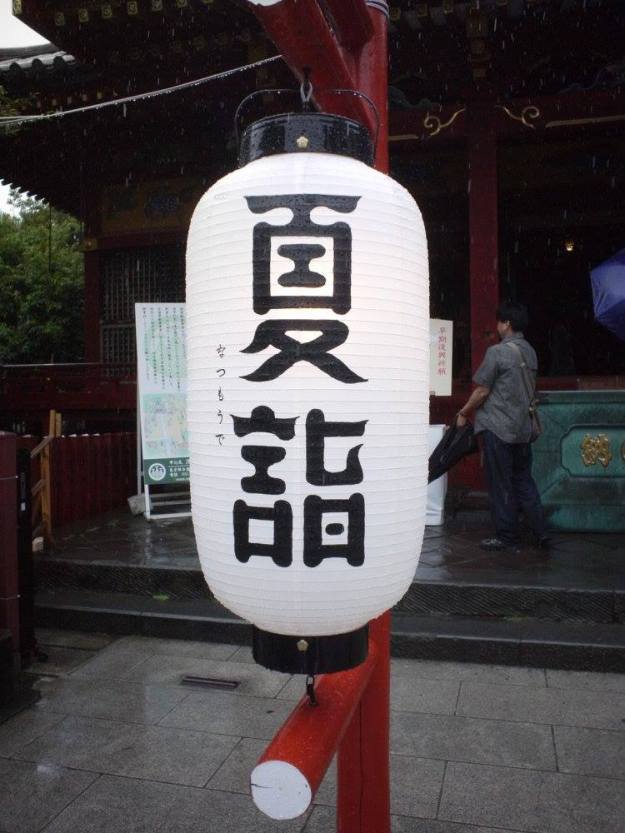 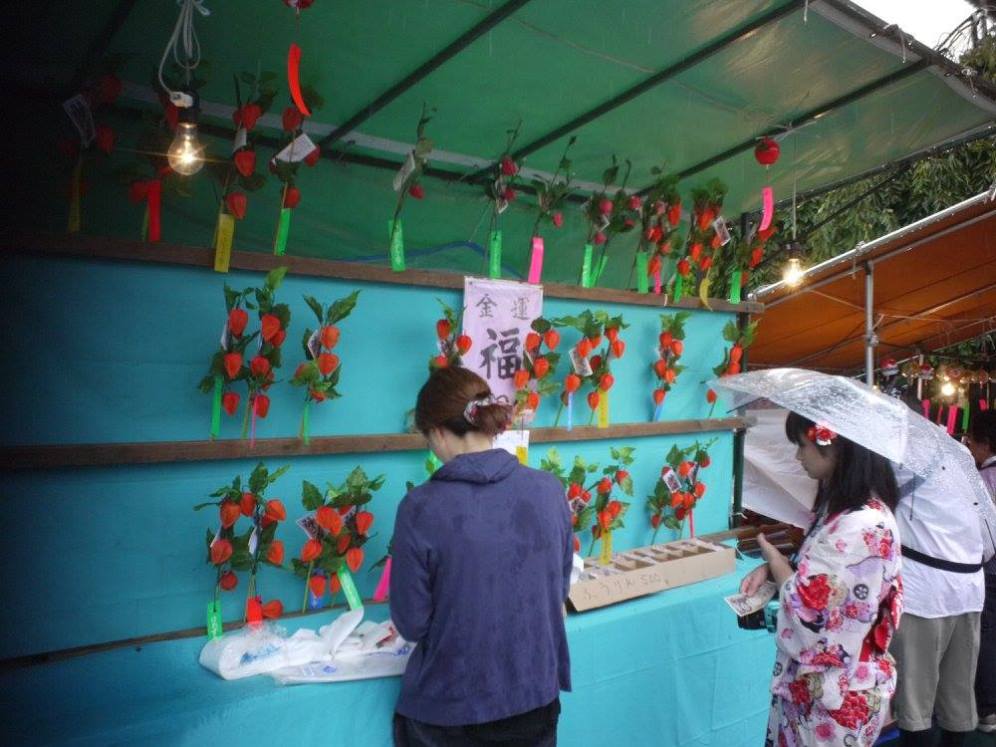 Other points of interest during my short stay included the Asakura Sculpture Museum and the Tokyo National Museum. The former used to be the home and studio of Asakura Fumio, a famous Japanese sculptor. Though the art was interesting, I found the house to be way more fascinating. It was beautifully designed, by Asakura himself, and reminded me a lot of Eichler homes with its glass walls, sliding doors, and an indoor open garden. The Tokyo National Museum was likewise fun to explore. It consisted of several buildings filled with artifacts and relics from different Japanese eras. 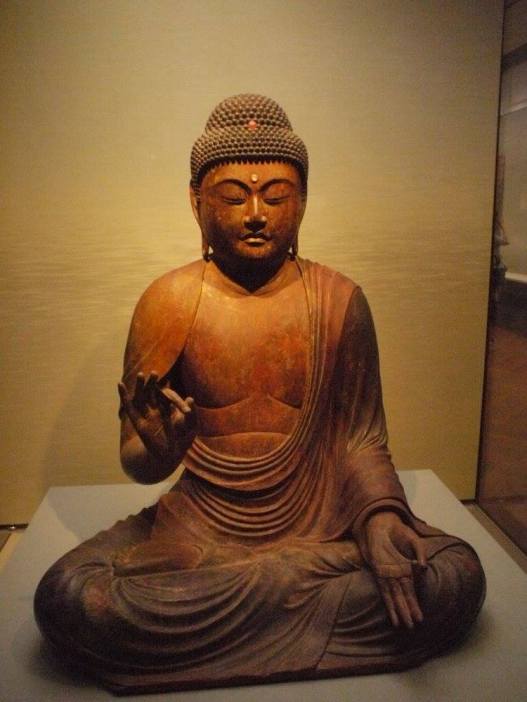 Though I had a great time exploring Tokyo, for me the highlight was training at the Aikido world headquarters in Hombu Dojo. I’ve been practicing Aikido since I was a kid and through my training developed an appreciation for Japanese culture. It was a real treat to take a class taught by the grandson of the founder of Aikido and fulfil a lifelong dream. I hope I can visit for a much longer time in the future! 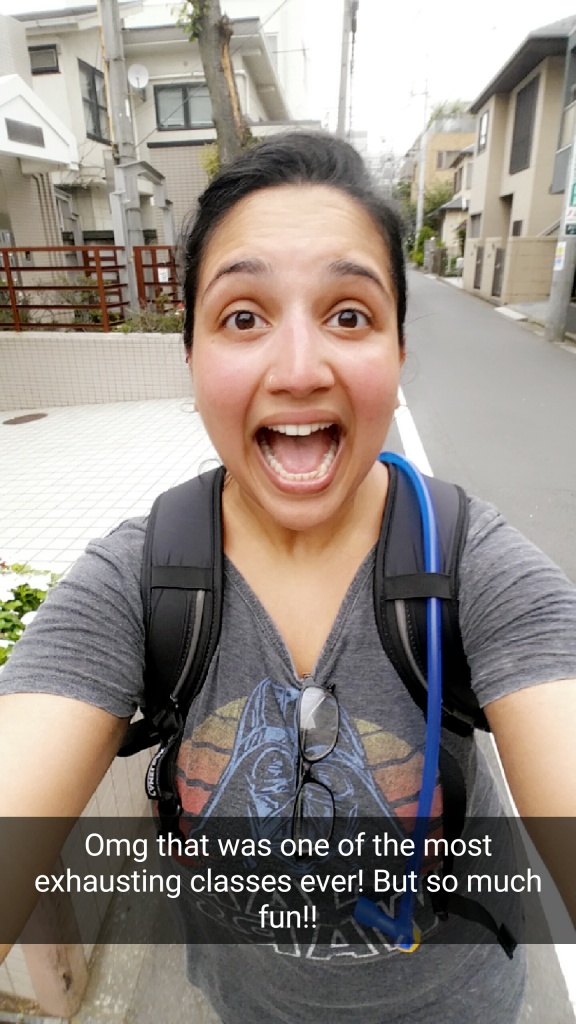 Earlier I briefly mentioned yummy food, and I would be remiss to not elaborate. My meals in Tokyo included: 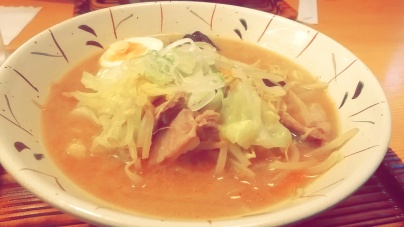 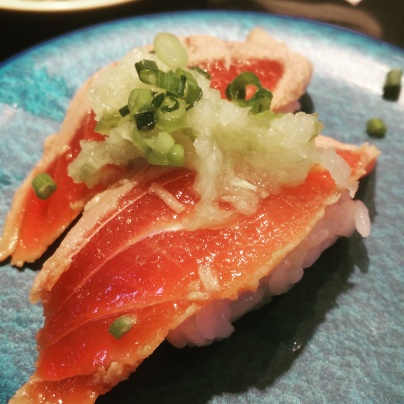 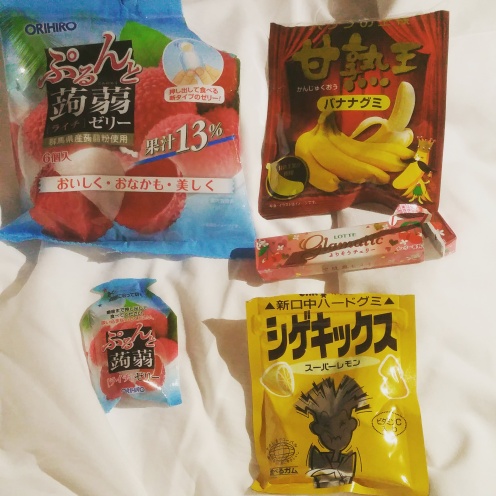 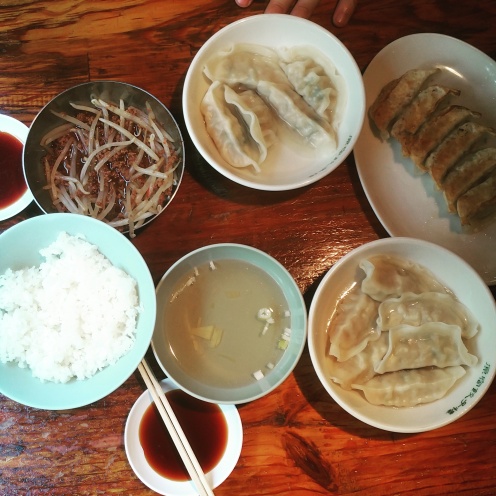 These were the big focal points of my four days in Tokyo. If you’re curious about my exact itinerary, where I stayed, how I got around the city, etc, I’ll have a page up shortly with details that you can peruse at your leisure. A fellow hostel resident has been eyeing my computer for the last fifteen minutes, so I’ll say sayonara for now!

P.S. If you want details about where I stayed, my exact itinerary, and some tips for Tokyo, click here.